Vajrasattva is skillfully painted here in Yab-Yum or “absolute union” with his consort. With his right hand, he holds a vajra in front of his heart, representing the willful way of action, while his left hands holds a bell, symbolizing transcendent wisdom. The main function of Vajrasattva is to purify the veils that cover our consciousness. 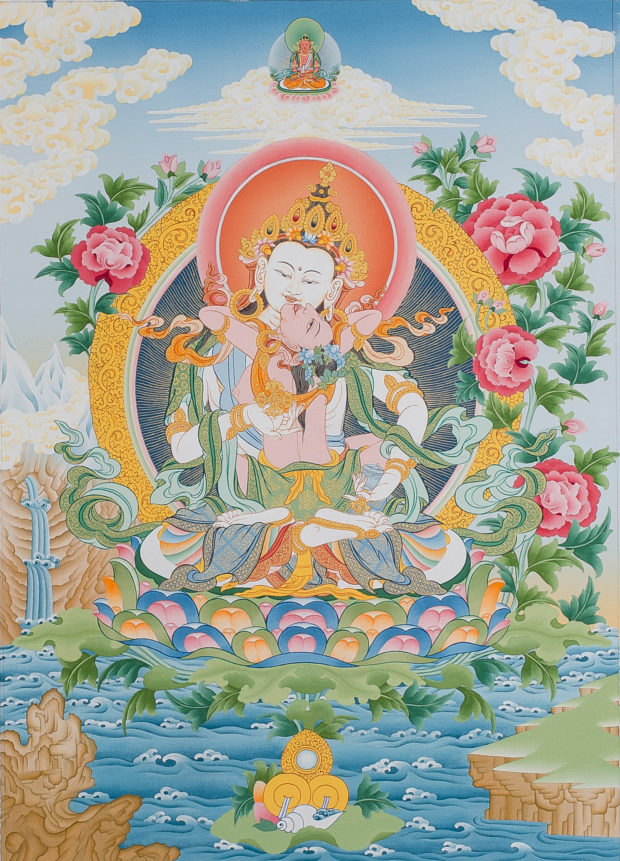